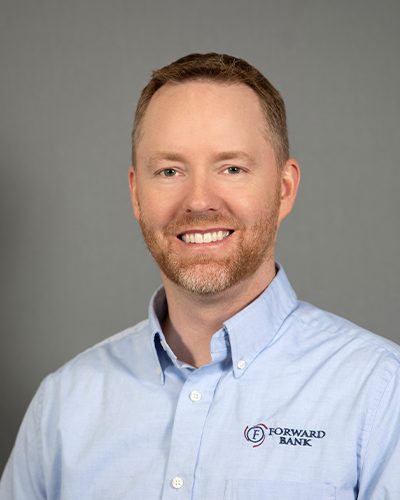 The Board of Directors of Forward Bank voted to approve the promotion of Dave Clark to President at their February meeting.

Clark joined the Forward Family in 2010 as a SVP / Commercial Lender. In 2016, he assumed the role of Executive Vice President leading the team of Commercial and Mortgage Lenders, Loan Operations, Forward Insurance, and Retail Banking.

As President, Clark will focus on the broad operations of Forward Bank including strategic planning and guidance, oversight for most customer-facing areas of the bank, supervision of the Insurance and Investment divisions and serve as a liaison with the Board of Directors. He would also lead the non-customer facing areas of the bank including: Credit Analysis, Loan Operations, Marketing, and Project Development.

Bill Sennholz will continue in his role as the CEO of Forward Bank now focusing on community and industry outreach.

"Dave has played a vital role in setting the direction for growth over the past few years," said Bill Sennholz, CEO of Forward Bank. "He has developed a strong team in the commercial, mortgage, and retail areas that help drive the success of our organization. The strategies and energy that he brings to the leadership team will set a very positive course for the future of Forward."